And now for more Oscars’ news…..Words do hurt 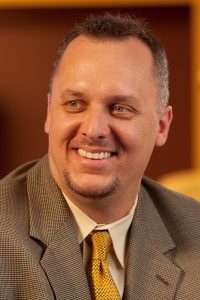 The hype and thrill of the Oscars is over with awards given out to this year’s recipients. It’ll be almost a full year before the next round of hype and buzz surrounding the coveted gold statuette. But wait, just when you thought we didn’t have to hear any more about the Oscars for a long, time, the fallout is starting to happen.

Most prominent is the E! News Fashion Police host Giuliana Rancic who said, “I feel that she smells like patchouli oil….or weed,” referring to the dreadlocks hairstyle actress Zendaya, of Disney movies and Dancing with the Stars fame, wore during the Oscars.
Zendaya fired back on Twitter that the Rancic’s comments were “stereotypical and outrageously offensive.” The firestorm had the Twitter universe lit up with major celebrities coming out in support of Zendaya.
In another comment in very poor taste, famed actor Benedict Cumberbatch referred to minority actors as “coloreds” during an interview on the Tavis Smiley PBS show just prior to the Oscars. The insensitive and hurtful comment created huge backlash and he quickly apologized for his insensitive remarks, acknowledging that they are “racist” and “outmoded.”
I’m writing about this not because I’m a huge Oscar’s fan or that I like to hear about celebrities in turmoil. I really don’t care about either. It’s simply a reminder to all of us that what we say has consequences and that a poor choice of words can be hurtful.
These are just two current, high profile examples of society’s lack of respect for others. Sadly, it’s becoming much more commonplace. Look around and you’ll see it just about everywhere you go. And, it’s becoming more prominent as social media continues to grow and people become more emboldened by the “anonymity” they falsely feel when using it.
I think we all need to remember that we live in the year 2015 where respect for others should be the norm, not the exception.
What do you think? Is society becoming emboldened to say whatever they want, whenever they want to?