Are you part of an “Electronic Neighborhood?” 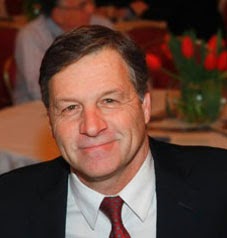 If you’ve logged into Facebook at all recently you’ve probably seen the ALS Ice Bucket Challenge videos that have now gone viral and are not only wildly entertaining, but also raising a significant amount of donations for Amyotrophic Lateral Sclerosis, or Lou Gehrig’s disease.

Social media powerhouses Facebook and Twitter have led the way in promoting and spreading many of these digital fundraising campaigns, and they truly demonstrate the community aspect of what social media has become. We’ve all heard people moaning about the time that friends and family members spend looking into their smartphones-and not paying attention to each other-but the real story of social media is the connections it allows us to make with each other.

As we’ve moved away from hand-written letters in favor of posts, texts and tweets, we’ve also re-discovered the importance of the neighborhood, albeit a digital version, and the powerful energy of the Internet to do something positive. Instead of a geographic connection, we now have an electronic one, with the instantaneous ability to get a message or an amusing video to thousands of users, or in the case of the ALS Ice Bucket Challenge, potential donors.

So if you find yourself tipping an ice-cold bucket of water over your head in response to something you’ve seen on your Facebook feed, congratulations. You’ve not only done something to help a charity, but you’ve also joined the largest social club in the world. And in some ways, that may be the best long-term solution to what ails us.