Are you ready for longer Tweets? 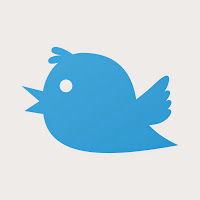 In its relatively short history, the only thing certain about social media is that it will change. Whether we like it or not, Facebook launches something new on a regular basis. And Twitter may soon be looking to make a major change.
Now that those of us who use Twitter have gotten used to the 140-character limit, there have been multiple reports that the character limit will increase. The number being bandied about is a 10,000 character limit, which matches the limit Twitter has for its Direct Messages.
It’s easy to see why Twitter is looking to shake things up. When compared to Facebook, Twitter is lagging far behind. In fact, more than 1.5 million people use Facebook at least once a month, about five times the number of monthly users of Twitter.
Reaction hasn’t been very positive. A recent Bloomberg.com piece noted that…“Part of the beauty of Twitter is how spare it is. It is low pressure, a chance to dash off a witty comment or a photo while you wait in line at the grocery store.” The Bloomberg piece goes on to compare the length of a 10,000 character Tweet to the length of a family Christmas letter.
It should be noted that reports are that the “look” of Twitter won’t change that much. You would still only see the first 140 characters of the tweet, but there would be some indication that if you click on the tweet it would expand to reveal the additional content.
It will be interesting to see where Twitter goes with the character limit. I, for one, look to Twitter for the quick updates and don’t see the advantages of longer Tweets. What do you think?
By the way – this blog checks in at about 1,640 characters.