How good are you at multi-tasking? 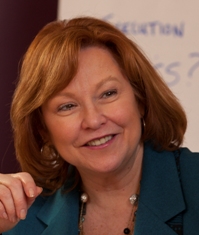 Multi-tasking is almost an obsession for many of us. Making the most of today’s technology, we take great pride in being able to do several things at once, or in quick succession. It certainly makes you feel more productive. But it also tends to foster the belief that we have to be connected every minute and respond to every call, text or email instantaneously. We tend to believe if we aren’t doing two things at once, we somehow aren’t making the most of our time.

But this double duty, and the impatience to get an instant response, doesn’t always equal great results or make for positive, productive relationships. How often have you been in a meeting and realize half of the people there are checking their phones or other devices instead of paying attention to what’s going on at the meeting? If you’re on the job, whether as an employee or as a consultant, doesn’t the meeting organizer deserve your undivided attention? Not to mention if you’re the one paying attention, you can count on someone asking you later, “what was so and so talking about?”

We’ve all been out for a meal with a friend who is constantly looking at their phone or responding to texts. Pretty annoying isn’t it? I once saw a couple at an upscale restaurant and, the entire time they were eating, he was watching a movie on his IPad. Why she didn’t walk out was beyond me.

Some things lend themselves to multi-tasking, like doing the laundry while catching up on your favorite show. But when things really matter (when you’re at a meeting, you’re out for dinner with friends or your significant other), it’s time to back away from your devices and pay attention. Your work and your relationships will be better for the effort. It’s something we all need to learn (myself included)!