Is Snapchat the next step in social media marketing? 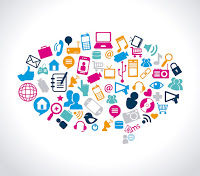 If you’re like me and have children, you’ve probably seen them migrate away from Facebook and Twitter to other social media apps. Let’s face it, teens and young adults have led the way with social media for those of us who are more “chronologically experienced.”
For many in the business world, it took some time, but most have come to understand the social media is here to stay and it’s playing a significant role. So with teens and younger adults now focused on Snapchat, is that where your business needs to be?
For some, the first question is…“What is Snapchat?”
The definition of Snapchat is: “A messaging app allowing users to send pictures and videos that will self-destruct after viewing. Users can also add photos and videos to their My Story section, which can be view for up to 24 hours. Text and graphics can be added to a photo before it is sent, as well as interactive filters and doodles.”
Again, if you’re like me, you probably know all about the discussion of whether Snapchat videos actually self-destruct or disappear after viewing. We’ll leave that discussion for others.
Instead, let’s focus on that business use of Snapchat. As Stephanie McCratic noted in a recent Public Relations Tactics article, “the audience for Snapchat trends young and the platform is an effective tool for reaching today’s much-sought-after consumer: millennials.” Snapchat reports that 60 percent of 13 to 24 year olds in the U.S. are using the app, with 71 percent of the users 34 and younger.
Many major companies are already reaching that younger audience through Snapchat. McCratic cites Gatorade’s Super Bowl filter and a Taco Bell campaign last Valentine’s Day as success stories.
So, should your business jump into Snapchat? Just as you should for any other social media, marketing or PR effort, you’ll need to do your homework. Is this a way to reach your already identified target audience? Does it fit your brand? What are your goals? What resources will it take to reach those goals?
Look for answers to those questions first, then decide if Snapchat works for your company.