Now that is good PR, even though it wasn’t meant to be

Reporter Phillip Wilson of the Indianapolis Star reported today that he received a call Thursday from NFL quarterback Peyton Manning (formerly of the Colts and now with the Broncos) to say thanks for his work over the years and express his appreciation to him and his colleagues. 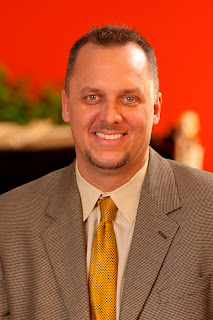 It was a personal call and when Wilson expressed his respect for Manning’s years with the Colts and the respect he has gained by so many fans, Manning said, “Tell the fans I appreciated them too.” Had he not said this, Phillip may have never shared this story but kept it as a personal memory for himself. However, as a result of Manning’s request, Phillip shared the story publicly.
I’m appreciative to Wilson for sharing it. All too often, you hear about the negative happenings in sports and don’t hear about the truly wonderful things that the players, coaches and their families do in a community. It may sound strange that I really like this story because it’s about a simple thank you phone call that speaks volumes about the kind of person Manning is.
Some may say that Manning made the call as a publicity effort. In my heart, I don’t believe this was a calculated PR move by Peyton, but a reflection of a man who truly cares for the community and the people who have been involved with his life and career. I believe he cares for the them, no matter how big a role they play in his life and that he will very much miss a team and a community that has supported him for so many years.

What are your thoughts? Would it be nice to hear more stories about the good things athletes do?

I wish Manning the best of luck in Denver and that he’s continues his success, except when it comes to playing against the Green & Gold.

Wilson’s full article can be read at: http://content.usatoday.com/communities/thehuddle/post/2012/04/peyton-manning-calls-indy-reporter-to-say-thanks/1