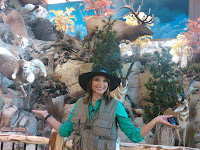 If you live in Northeast Wisconsin, you’ve no doubt heard about the new Cabela’s store opening in Green Bay today. Whether it was print, radio, TV or social media, there has been a continual buzz about the opening for the past six weeks. This was no accident as months of planning went into the effort to create the buzz.

Planning included:
As for the grand opening media activities, we had to ensure enough Cabela’s staff was available to do the interviews as we had multiple media outlets seeking interviews at the same time. It was vital to have several team members prepared and available to accommodate the media’s live shot time frames. Equally important was having a detailed schedule of when each reporter’s live shots took place so everyone on the Cabela’s was aware of the timing. 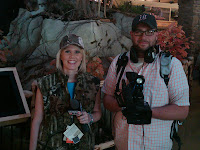 We also planned for what areas of the store we wanted to highlight and encouraged the reporters to focus on these areas. Of course, reporters all want their own angles, but being able to provide them with ideas helped us highlight parts of the store the media may have not thought about.
In addition, we worked with the reporters to help set the mood. One radio reporter captured the sound of a bow being shot; two others wore outdoor attire to help set the atmosphere for their stories. Another great visual was one reporter feeding the fish in the trout tank. The trout swarmed on queue as the reporter tossed in fish food while reporting live. (No, we didn’t train the trout in advance.:))
The end result was Cabela’s received incredible media coverage that went smoothly because of the advance planning.