Should you tie PR efforts to the 9/11 anniversary? 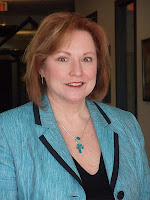 In the PR world, we often recommend clients tie some of their PR efforts to seasonal events, activities, holidays and even anniversaries. But 9/11 is another story. When this terrible tragedy occurred, and in the subsequent years following the terrorist attacks, no one would have even considered promoting their company or organization by linking it to the 9/11 anniversary date (at least you hope not). Now, ten years have gone by and there are indications that the “off- limits” approach is starting to change.

Advertising Age® recently ran an article “Marketers Tread Carefully into Sept. 11 Anniversary” explaining that many of the major broadcast and cable networks are going to air programming relating to the anniversary and there will be paid sponsorships of these programs. The feeling now seems to be is that it’s OK to pay tribute to the anniversary date rather than avoiding it. But, the programmers are being very careful as to what those sponsorships and commercials look like and where they’re placed.

What does that mean for PR; especially on a more local level? At Leonard & Finco, we’re advising our clients to be careful. If your firm or organization has always recognized the day by volunteering, holding a memorial or doing something to mark the anniversary, you should be OK letting the media know about it. Likewise, if you’re sponsoring a memorial event, that’s OK too. I wouldn’t recommend sending out a news release announcing it to the world; rather, call or email a journalist you know and fill them in. Approach it from a “If you’re looking for a local story relating to 9/11” perspective. Keep in mind the seriousness and meaning of the anniversary.

We do not recommend you hold an event or activity related to 9/11 simply to generate publicity or in the hopes you’ll receive coverage. Not only is it inappropriate, you could face serious backlash. If you do something, do it for the right reasons.

I realize this may be a very conservative approach and viewpoint. Is your company or organization commemorating the 10th anniversary of 9/11? If so, how are you handling the PR? Love to hear your thoughts and comments.