Think Social Media isn’t a Big Deal? Some Would Literally be Lost Without it!

While many people jumped on the social media bandwagon right away, others have been slower to join the movement. Some have been hesitant due to privacy concerns, some don’t know how they’d squeeze one more thing into their days and others simply don’t see its value. 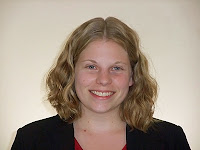 Social media sites such as Twitter, Facebook and YouTube were primarily created for socializing and information sharing. So, here in fact lies the reason why some don’t find it necessary. If it’s just for chatting with friends and co-workers, pick up the phone or go to their office, right?! While social media were viewed at first as socializing websites, they now have a new purpose that no one could have ever dreamed about less than half a decade ago.

These social media sites have become important communication tools during disasters and are actually helping to save lives! A recent article in the USA Today outlined the different ways social media helped during Japan’s crisis. One example the article highlighted was when a U.S. ambassador “Tweeted” about several patients needing to be transferred out of a hospital that was near a troubled nuclear power plant. After only an hour of dialogue via the social media site, the ambassador was told the patients would be evacuated by Japan’s Ground Self-Defense Forces.

This is just one of the many examples how social media has literally saved lives. Social media sites have also been instrumental in other disasters such as the BP oil spill and after the earthquakes in Haiti, Chili and New Zealand.

While some remain hesitant about social media sites, the Marine Corps and Coast Guard are now using the platforms during relief efforts. The USA Today article did point out that one of the biggest challenges, however, is to get officials acting on information from non-official sources, a.k.a us! But, I have no doubt this too will come with time.
So, for all you non-“tweeters” and “Facebookers,” hopefully this article helped to shine some light on the possibilities of social media.
Can you think of other situations, either in your own life or during a large natural disaster, where social media was a key player in helping to make a positive difference? What do you think social media has the potential to do for us in the future?